RobMac’s own Stewart Hagart and keen rugby player with the Stewart’s Melville FPs was part of the weekend’s fundraising team for the charity Hearts & Balls. The charity was set up in 1999 to help support the players and families as a result of catastrophic injury.

The challenge on the longest day was to see how far a team of 30 could run (socially distanced of course) in a day. The minimum target was 300km but they actually managed an amazing 824km!

The 30 players were divided into two teams of Forwards and Backs and amazingly the Forwards clocked the most distance travelled with 416km. Stewart alone managed an impressive 21km. 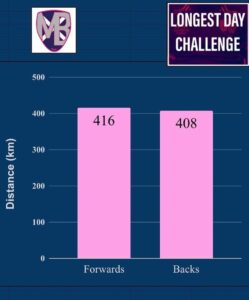